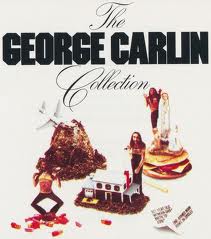 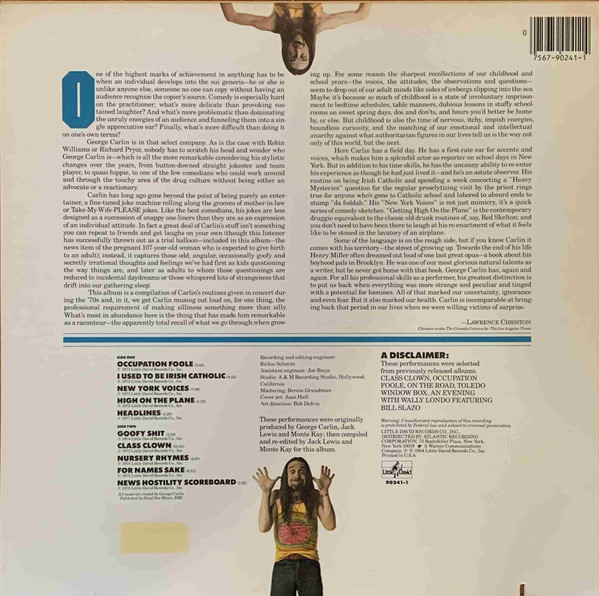 This is not to be confused with the DVD set with the same title, The George Carlin Collection (2001). Rather, this is another album compilation from the Little David label, with selected tracks from Carlin’s 1970s albums. I’ve seen it on vinyl and cassette, but as far as I know it never got released on CD. Most copies had a red and white sticker on the front cover that read “RECOMMENDED for ADULT LISTENING”.

You can see some references to routines on the front cover: “High on the Plane” (airplane embedded in a pile of pot, top left), “I Used To Be Irish Catholic” (top right, though the original title is really “I Used to Be Irish Catholic”), “Headlines” (newspapers on the bottom right), and presumably “Nursery Rhymes” (drugs on the bottom left). I’m not sure what to make of the white house in the center with the joint for a chimney. I would have thought this was for his routine “Grass Swept the Neighborhood”, but that track is not on this compilation. My own guess is that it was originally on here, but then after the cover was designed the track was removed and replaced by something else.