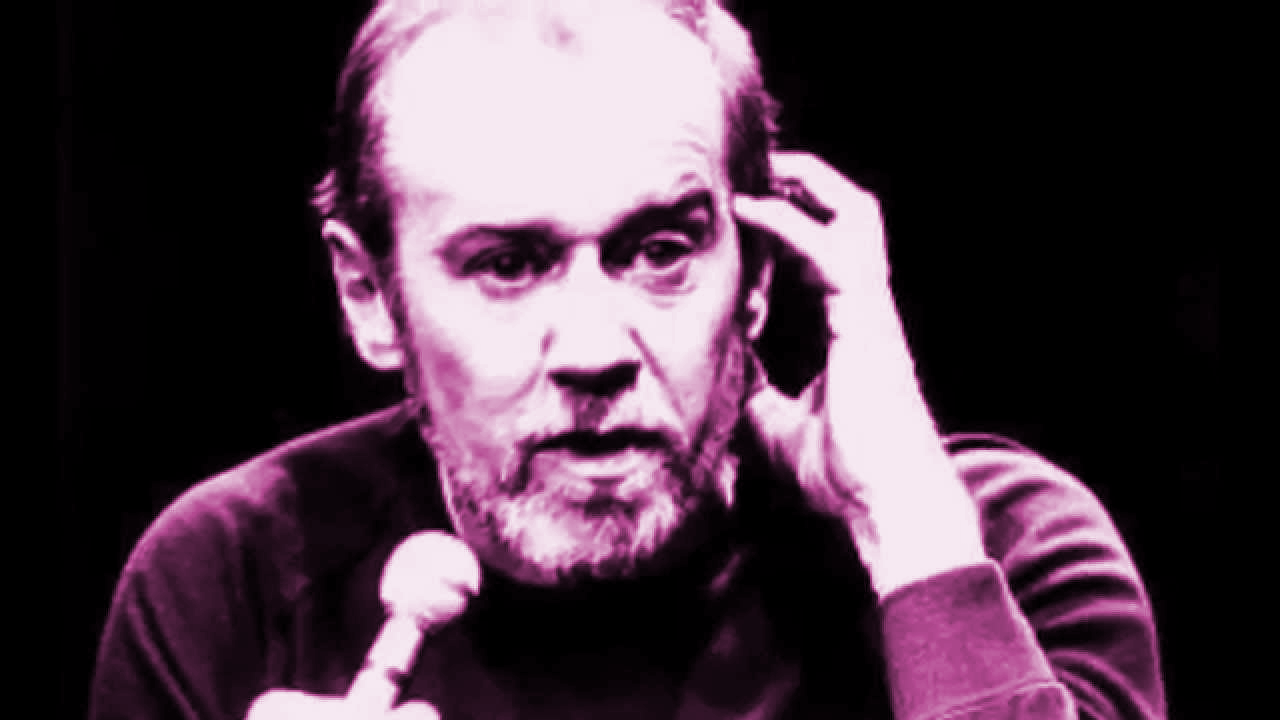 Who is George Carlin?

George Carlin (May 12, 1937 – June 22, 2008) was an American comedian, and one of the most famous and influential stand-up comedians of all time. Besides doing stand-up, we was also an actor, social commentator, and author. If you’re looking for some quick biographical information on Carlin, I suggest just reading the Wikipedia page on him. For more detail, I recommend the autobiography Last Words (2009). You can also find some interviews linked from the links page.

No, it is an unofficial one. The official website is at GeorgeCarlin.com. Right now you are on GeorgeCarlin.net.

My name is Bill and I’m simply a life-long Carlin fanatic. I am in no way affiliated with the George Carlin estate, HBO, Atlantic Records, or Hyperion Publishing. But I’ve rabidly followed Carlin’s works over the years, bought and consumed every release of his I could find, and saw him perform live at least 10 times, including the taping of the HBO special Complaints and Grievances (2001). I’ve also been running a comedy podcast since 2003 where I play Carlin clips pretty often, and was running a blog for a while on aplaceformystuff.com.

Why did you create GeorgeCarlin.net?

My main motivation for starting this site was an attempt to address and correct the many, many written pieces on the internet that have been falsely attributed to George Carlin, and still continue to be falsely attributed to him to this day. I also thought it would be nice to have a place that lists Carlin’s vast catalog chronologically, as opposed to being categorized in separate lists by medium (albums, videos, etc.) as most sites do it. I additionally wanted to offer my analysis and opinions on his comedy style and its evolution over the decades, while maybe also sharing some of my own Carlin-watching memories. I first launched georgecarlin.net on April 1, 2013. While I had updated it here and there in the years that followed, I gave the site a much-needed overhaul for the mobile age in 2021.

I found a quote on the Internet that’s attributed to George Carlin. Did he really say it?

In some cases, yes. But in many other cases, no! The topic of bogus Carlin quotes, how to identify them, and why it’s important, are topics big enough for a second FAQ (click here). You’ll find a comprehensive list of both fake quotes and real quotes on the site. You can also search the whole website using the search button. If you still don’t know, feel free to email me (see contact email at the bottom of this page).

Does “album” necessarily mean a vinyl record? Does “video” mean a VHS tape?

No, I use the more generally accepted meanings of these words. “Album” really refers to any full-length audio recording release from an artist, regardless of the physical format or “medium”. For example, whether you bought George Carlin’s Class Clown (1972) as a vinyl record, a cassette tape, a CD, an 8-track, or a digital download, it’s all still “the Class Clown album”. Likewise, a “video release” may refer to a released VHS tape, DVD, Blu-Ray, rented video from a streaming service, and so on.

Why does the discography list everything in chronological order, instead grouped by “albums”, “videos” and “books” ?

I feel that this allows you to get a better look at the history of Carlin’s works and how his style evolved over the years. Also, quite a few of his releases were listed in multiple formats, whether it was an HBO special released as both a DVD and CD, or a book released both as a printed book and an audio book. So I think it makes more sense to look at these works chronologically, rather than write about the same thing in multiple places.

Why don’t you have (some particular CD/movie/whatever) listed in the discography?

This site pretty much sticks with just the works that were composed by Carlin himself, as an author and stand-up comedian. So I’ve decided to not delve into his film career, for example. Also, I’m sticking with official releases, meaning releases which Carlin and/or his estate authorized. So I’ve purposely left out unauthorized bootlegs, unauthorized compilations, and unofficial biographies. Fortunately there aren’t too many of these sorts of things, since unlike many other entertainers, Carlin had legal ownership of his own recordings. (Side note: when you see bands who have twenty different “Greatest Hits” compilations, don’t blame the band – it wasn’t their idea!)

Did Carlin always release his HBO specials as albums? Was every album an HBO special?

No. Carlin didn’t start doing specials for HBO until 1977, and by that time he already had several albums to his name. It wasn’t until the mid 1980s that he got into the regular practice of recording a performance for HBO, and then releasing that show as both an album and a home video. In fact, starting around the mid 1980s, Carlin’s touring and recording schedule roughly followed this pattern: 1) record a new special for HBO, 2) release it both as a video (VHS/DVD) and an album (CD/cassette/vinyl), 3) tour around the US doing the same set list, 4) gradually drop routines from his set list and replace them with new routines over the course of touring, then 5) after about two years on the road, he’d have an entire new set of material, ready to record for HBO. Then the cycle would just repeat. There were some exceptions, but that was the general pattern. I do my best to explain any and all discrepancies on the discography pages.

Is there an official George Carlin forum where I can hang out with other fans, to talk and learn about all things Carlin?

As far as I know, no. Back in the 1990s, the official website (GeorgeCarlin.com) hosted a message board, and Carlin himself would drop by on occasion. Unfortunately, it got overrun with spam and malware. When the site was revamped, the forum was scrapped. Sometime in 2012 they slapped together a “community forum”, but from what I remember it had hardly any people, seemingly no way to contact admins or retrieve lost passwords, odd “restrictive” categories, and not to mention just bad web design stuff like no mask on the password field. There was also an official group on Facebook at some point, but the Carlin estate decided to scrap it after it got out of hand. There are of course unofficial forums that show up here and there, but they can be hit or miss. In fact, way more miss than hit. Honestly, many of the people I see in them have never bought a single Carlin work in their lives, and even share bogus Carlin quotes without a care.

What’s the story behind that “Sleep & Fuck Motel” sign?

That’s an animated GIF I created, based on a joke from You Are All Diseased (1999). I purposely tried to time it as closely as possible to how it’s spoken in the recording. The underlying hotel photo was something I found that was declared in the public domain.

I want to tell you all about Jesus (or Allah, or a pyramid scheme, or politics, or…)

My email address is in the image below. Sorry you have to type it in manually, but this helps prevent a lot of spam bots from emailing me. But please feel free to contact me with any comments or questions about Carlin or the website. Thanks!