Indecent Exposure: Some of the Best of George Carlin (1978) 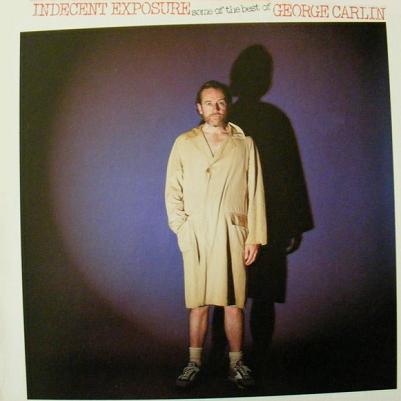 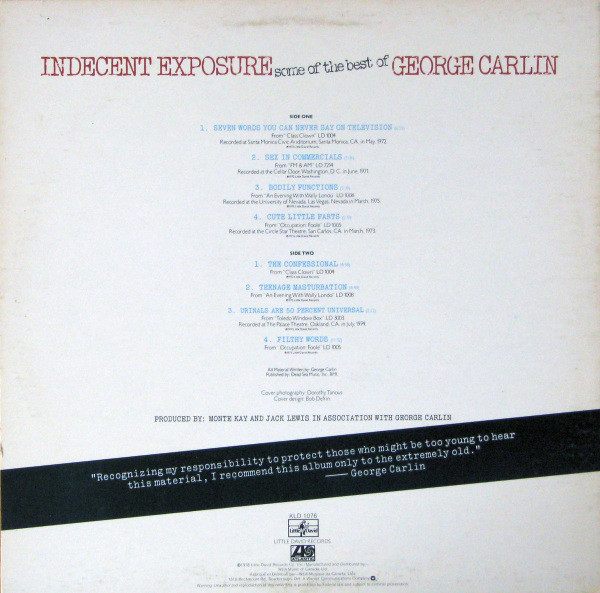 This was a compilation album released in 1978, with tracks from Carlin’s 1970s catalog with the Little David label. There are notably no tracks from the last of those albums, On The Road (1977).

As I understand it, the more “blue” humor tracks of Carlin were specifically chosen. My uncle had this on vinyl. It was also released on cassette tape, but to the best of my knowledge was never released on CD. I remember a childhood friend of mine, Dana, who got me into George Carlin, tried to buy the tape back in the 80s, but his mother took one look at the title and cover and said no. Another friend of mine, Tony, who really was the “Class Clown” of my childhood, gave me his vinyl copy of this in 2016 when he moved.

It’s worth pointing out two other life events of Carlin that happened in 1978. Sometime in March, he had his first heart attack. Also sometime this year he recorded his second HBO special, George Carlin: Again! (1978), which was first aired in July. In his autobiography Last Words (2009), Carlin writes, “These regular specials would soon take the place of my album career – eventually becoming one and the same thing.” He also talks about dumping a lot of money into a project he finally ended up abandoning, “The Illustrated George Carlin” (though from what little descriptions he gave of it, it sounds like it Given the troubles and changes he was going through at this time, I’m not too surprised that the record label would decide to just release a compilation album.

The back of the album includes the following quotation, attributed to George Carlin: “Recognizing my responsibility to protect those who might be too young to hear this material, I recommend this album only to the extremely old.” 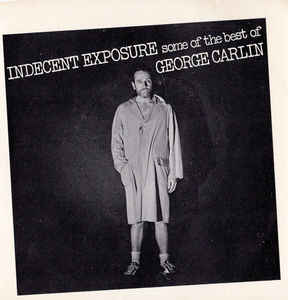 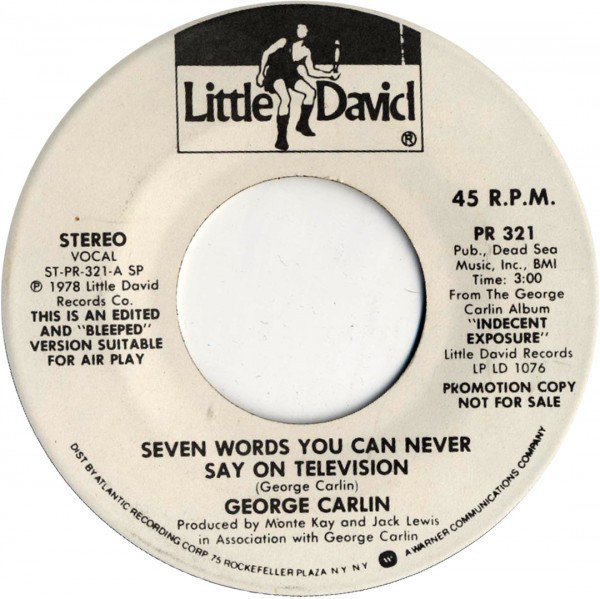 A promo-only single (catalog number SPR 321) was also released in 1978, containing an edited version of “Seven Words You Can Never Say on Television”. It’s the same track on both sides of the record.