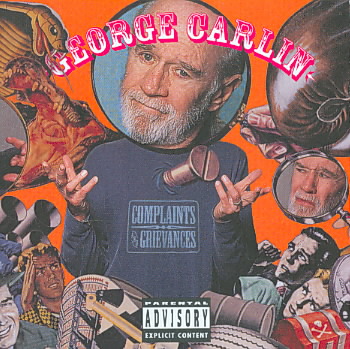 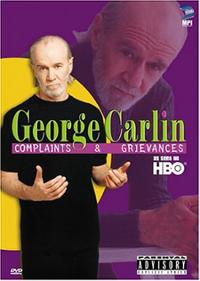 I’m proud to say that I was actually at this show. I had shitty seats and an even shittier date, but there I was in the audience, watching it all as it was being recorded.

This was a very odd time in America, for one simple reason: 9/11. Here we all were in New York City, November 2001. It had been barely over two months since Muslim terrorists had hijacked airplanes for the umpteenth time, only this time to fly them into the World Trade Center. People were even more paranoid than usual. Various gas masks and survival kits were being sold. And everybody – I mean everybody – was sporting an American flag. Soldiers carrying machine guns were patrolling the airports. Was it OK to make jokes? What was OK to laugh at, and not laugh about? It might seem trivial now, but lots of comics were wrestling with these ideas at the time.

“Hard-core fans were probably hoping I’d do something about 9/11. I did mention it – the elephant in the living room no one was talking about – which got a kind of hopeful laugh. But I left it at that and kept the focus on strong observational stuff with the basic theme, Assholes of Our Time: “People Who Wear Visors”, “Parents of Honor Students”, “Guys Named Todd”. And “Ten Commandments” killed.

But there was a hole in the show the size of Ground Zero.”

The CD liner notes include a list of “Miscellaneous Ailments” in different font types and sizes, taken from the book Brain Droppings (1997).

Some years later I saw Carlin live again where he did the “Visors” routine. Somebody in the audience was wearing a visor. We saw the guy take it off shortly after Carlin started the bit.

The album got a Grammy nomination in 2003 for Best Comedy Album, but lost to Robin Williams’Live 2002.