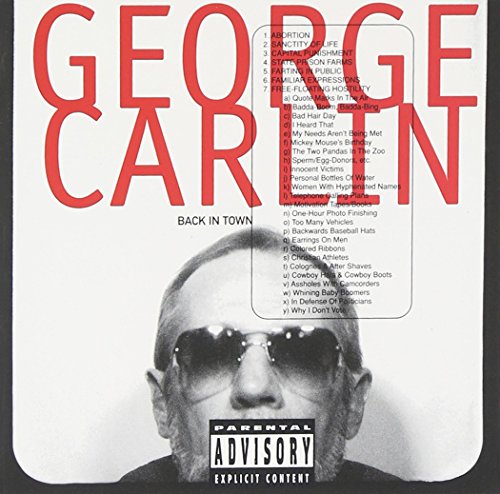 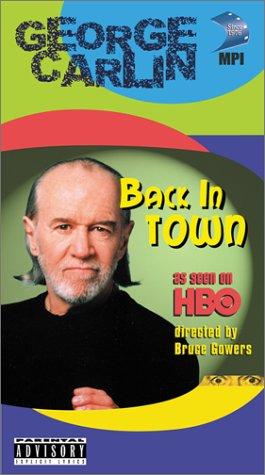 You’ll notice a 4-year gap between this album and the previous one. This was largely because of Carlin’s commitments to The George Carlin Show and Shining Time Station. He still toured around the US doing stand-up during that time, though.

Regarding Back In Town, the album’s back cover included the following message:

Here’s what I want you to know about this album: It’s the best writing and performing I’ve done in thirty-six years. I said that about my last album, “Jammin’ In New York,” and it was true. But this is better. Somehow, in the last six years, I finally learned how to do this shit. I hope you enjoy it. – George.

I was in college at this time, where I didn’t really watch any cable TV. So I didn’t know about this HBO special at all until I happened to see the CD in the stores, shortly after it was released. I had however seen Carlin do most of the routines when I saw him live around 1995. At that show, I remember him ending the entire set with the line “And fuck everybody, now that I think of it.”

Carlin opens the performance with his classic line, “Why is it that most of the people who are against abortion, are people you wouldn’t want to fuck in the first place?” He’s used this line (or slight variations of it) a number of times over the years. It showed up on his 1981 album A Place For My Stuff, then in Carlin At Carnegie, and in 1988 in What Am I Doing In New Jersey?. However, this time it prefaces a whole routine about abortion and abortion laws.

The liner notes include some miscellaneous lines: